The Houston Texans improved to 6-3 last week with a win by default over Jacksonville. I strongly believe the Texans simply won this game because the Jaguars couldn’t. I know you should never apologize for winning in this league, but the Texans just might be the worst 6-3 team we’ve seen in a while. Granted, a pick-six is a great way to start any game. Cornerback Kareem Jackson jumped an early out route and returned it 42 yard to put the Texans on the board first. After the Jaguars responded to tie the game, Houston relied heavily on their running game that totalled 181 yards on the ground. Lamar Miller’s 45 yard scamper set up Brock Osweiler’s goal line TD pass to tight end Ryan Griffin to take a 14-7 lead. Early in the second quarter linebacker Whitney Mercilus was in the right play at the right time when a throw away pass actually deflected off a Jaguars’ foot – he made a diving catch to recover the football and give Osweiler and the Houston offense another short field. But kicker Nick Novak missed the 49 yard attempt and the Texans failed to capitalize. It was déjà vu for the Texans on their last drive before the half was over. Osweiler made some plays with his legs to get Houston in range to score, but Novak missed another kick, eliminating the hard work that was indeed a struggle for the Texans to even get that far downfield. Toward the end of the 3rd quarter, the Texans’ rookie return man Tyler Ervin broke a 57 yard return to get the ball deep into Jacksonville territory. 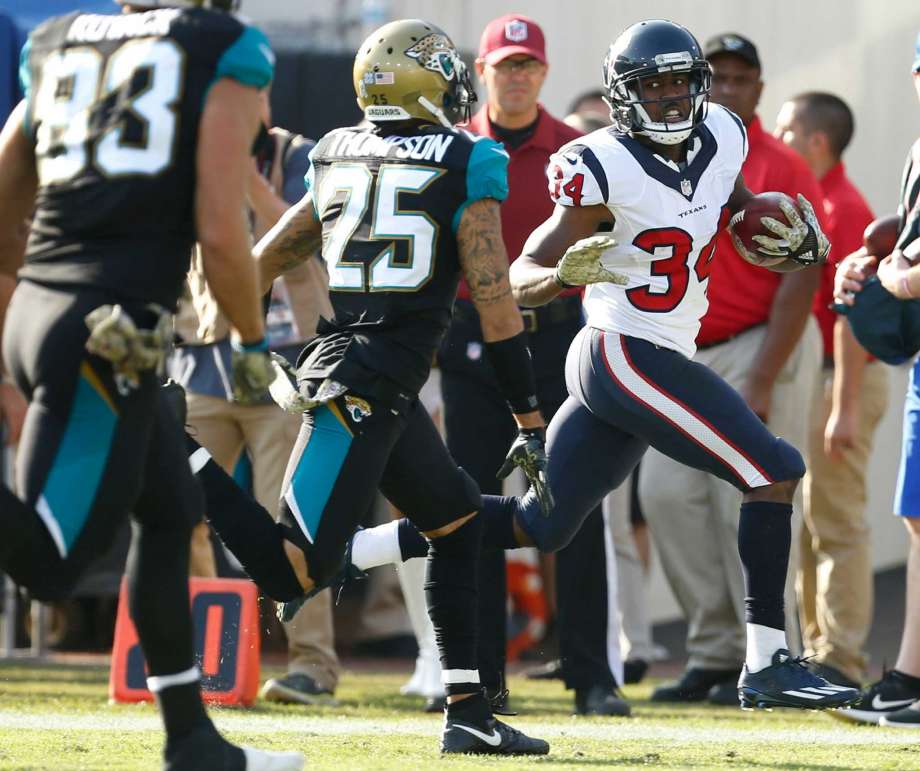 Osweiler turned this opportunity into a touchdown, finding rookie tight end Stephen Anderson for his first touchdown reception of his career. Although the Jags were able to score late in the game, Osweiler completed a consequential 3rd and short to DeAndre Hopkins to ice the game and run the clock out. Many people look at Osweiler’s stat line in that game and assume he didn’t play well, or that the team won in spite of him. But the defense and special teams awarded the offense great field positioning, so gaining high yardage was never in the plans. Not to mention, their running game was able to convert drives at will so there was no need for them to throw the ball. The Texans head to Mexico City for a Monday night showdown against the 7-2 Raiders, who should be well-rested coming off their bye. If Houston plans to have a chance in this one, they will need to run the ball as successfully as they did last week. Osweiler will have to prove he can compete in a shootout and he should have chances to do that given Oakland’s…let’s say, their tendency to focus primarily on offense. However, the Raiders’ defense has improved over the last few weeks especially with the impact Khalil Mack seems to have on every down. The Raiders need this game now that two other teams in their division have just as many wins as they do. This will be a great matchup between two young teams with young quarterbacks, both out to prove they are the future stars of the NFL at the QB position.