The New York Giants are putting together another one of their prototypical dark horse seasons after they defeated the Lions at home last week. For the second week in a row, they dismantled a current division leader and have emerged as one of the few teams no one wants to play. It was one of their more complete wins as they finally, FINALLY got production from their running game that netted over 100 yards. The first quarter or so was dominated by their rookies, ignited by rookie running back Paul Perkins had an impressive 11 yard gain to get the Giants deep into the redzone. They took an early lead after Eli Manning threw a perfect pass into the corner of the endzone to his other rookie weapon Sterling Shepard who made the catch and tapped his feet in bounds for the score. Early in the 2nd quarter, the defense prevented a big play when rookie cornerback Eli Apple recovered from a double move by chasing down the speedy Golden Tate and knocking the ball out of hands just in time to prevent the score. 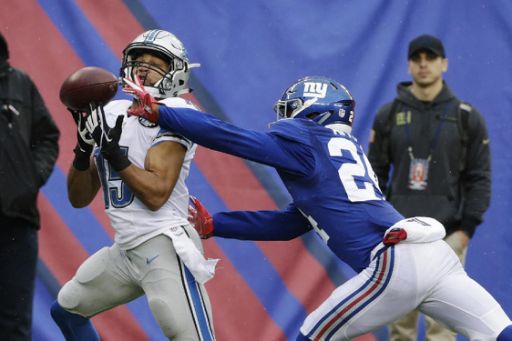 But they couldn’t contain Tate forever and he broke free in the secondary for a 67 yard gain. But the defense stepped up the next play when Leon Hall put his helmet on the ball and forced a fumble that Olivier Vernon recovered in the endzone. Eli connected with Odell Beckham Jr who bobbed and weaved his way downfield to set up a 47 yard field goal by Robbie Gould to take a 10-3 lead into the half. Midway through the 3rd quarter, the defense shut the Lions down again after they had the ball at their 10 yard line, they pressured Matt Stafford and sacked him on a 3rd and long, forcing them to settle for a field goal. On the ensuing drive, the Giants put Detroit out of their misery with a deadly dose of Odell Beckham. He caught a crucial pass on a 3rd and long conversion to extend their drive. Eli went back to Beckham on another 3rd down – this time in the flat and Beckham pulled off another one of his signature one hand catches, and another touchdown dance tribute to Michael Jackson to give the Giants a 17-6 lead. 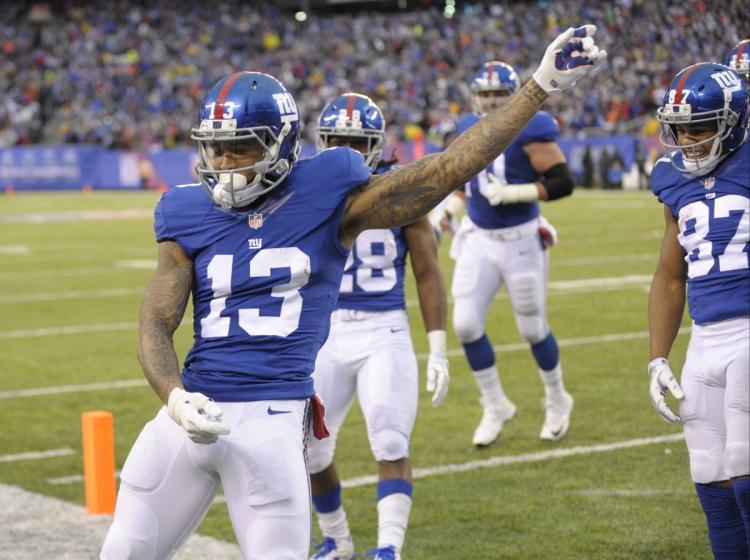 The Giants’ defense put the nail in the coffin when  Dominique Rodgers-Cromartie soared into the air and came down with an interception in the endzone to give the G-Men their 10th win on the season. They will head to Philadelphia for a Thursday night battle against their hated division rival, the Eagles, who suffered another heart-breaking defeat last week. Rookie Carson Wentz’s rookie wall is now China-sized as he continues to struggle after having such a promising start to the season. His bad habits continued on their game last week in Baltimore – Wentz was pressured in the pocket on third down and threw the ball into coverage, right to the hands of a Ravens linebacker who picked off the pass. Less than two minutes later the Ravens cashed in on the turnover on a quick touchdown pass and the Eagles found themselves down early. But the defense came up big when the had the Ravens pinned toward the back of their endzone, Nigel Bradham came up with a strip sack, and He-Man Fletcher Cox came up with the recovery. Ryan Matthews got the goal line handoff for the 4 yard TD, and because of windy conditions, the Eagles gave Matthews the ball again for the two-point conversion and he dove over the goal line to help Philly take an 11-10 lead. 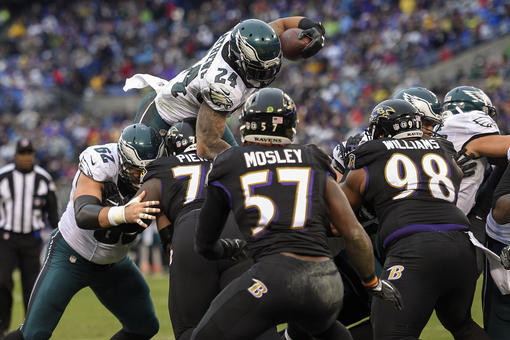 But just before the half, the Eagles defense that has found a way to succomb to the deep ball all season gave up a 34 yard touchdown in just over a minute and the half – and the lead. Midway through the 3rd, Wentz resorted back to his treacherous ways when he lobbed a ball downfield along the left sideline and it was intercepted. But Wentz caught a break when the Ravens were flagged for illegal contact, so he was able to live another down. Late in the 4th the Eagles found themselves down 10 points as the Ravens were threatening just outside the 10 yard line. But they caught another break when the Ravens opted to pass the ball and linebacker Jordan Hicks dropped back in coverage and came up with an interception and he returned it all the way back to midfield. They added a field goal, the defnese forced a three-and-out, and Wentz & Co. got the ball back with under a minute remaining and a chance to tie the game. Wentz found tight end Zach Ertz (6 catches 80 yards) wide open along the sidelines, and Ertz made a great catch to get the offense into the redzone. With the ball at the 4 yard line, Wentz took the snap, felt pressure, decided he shouldn’t throw an interception, rolled left, took off toward the goal line, gave Ravens’ Eric Weddle the Shamgod at the 1 yard line

and dove into the endzone for a touchdown to cut it to a one-point game. With nothing to lose, the Eagles decided to go for the two and the win. Wentz dropped back and threw to the inside slant, but a Ravens defender got his hand in the air and deflected the pass, and the Eagles’ comeback attempt was shot dead right out of the sky. The Eagles know they have nothing tangible to play for in these remaining two games, but would love nothing more than to stick a thorn in the side of their division rival as they make a push for the playoffs. The Giants will have to stay sharp in this one to avoid a potential trap game, especially since they are traveling on a short week. But the way the Giants’ defense has been playing lately, I expect them to cause more problems and more turnovers for the young Carson Wentz. The difference in this matchup will come down to the abilities (or lack thereof) of each respective quarterback.When the Eagles and Giants met earlier this season, Eli Manning threw for four touchdowns…and Wentz threw two picks.