The Green Bay Packers escaped Week 14 as maybe the most fortunate team in the league, pulling out a win in the final minutes while the other teams fighting for a wild card spot took an L. They actually ran the football last week. Like, almost as successfully as Aaron Rodgers threw the ball. They finally found the offensive balance that the Cheeseheads have been desiring for, what the last three years? Their approach was evident early on when wide receiver/running back/tax accountant Ty Montgomery took a 4 yard carry in for a touchdown. Montgomery then took a 61 yarder along the left sideline to get the packers back into scoring range. But their drive stalled while going for it on a 4th & short, and Rodgers was sacked, turning the ball over to Chicago. The Bears used that momentum and took advantage of the Packers struggling secondary, scoring 10 straight points after corner Damarious Randall got his soul pushed through his face as Chicago crossed the goal line.

But Montgomery was able to break off another chunk run shortly after to set kicker Mason Crosby up for a 34 yard field goal to tie the game going into the half. In the 3rd quarter the Packers went TF off. Julius Peppers came up the strip-sack-fumble recovery. Ha-Ha Clinton Dix came up with an interception to get the offense the ball back. And they ran the ball down Chicago’s throat…made ‘em gag on it. They totted the pill like Dorsey Levens was in the backfield. Ty Montgomery added his second rushing touchdown to increase their lead to 20-10. After Clinton-Dix came up with ANOTHER interception, the Packers kept handing the ball off – this time to Christine Michael who broke a 42 yard run for a touchdown. The Packers went on and…….wait.

The Bears came out of nowhere and started having their way with Green Bay. They reeled off a 17-0 run of their own – this game was all but over. Chicago tied the game with just 1:20 left on the clock, and the Packers’ playoff hopes were hanging in the balance. On a 3rd & long, Aaron Rodgers dropped back in the pocket and threw maybe the second best deep ball I’ve even seen in freezing temperatures (Flacco. Denver. 2012). But I digress. Rodgers put the ball where only Jordy Nelson (7 catches 124 yards) could get it, and Nelson made the catch for 60 yards to get the Packers in scoring range. 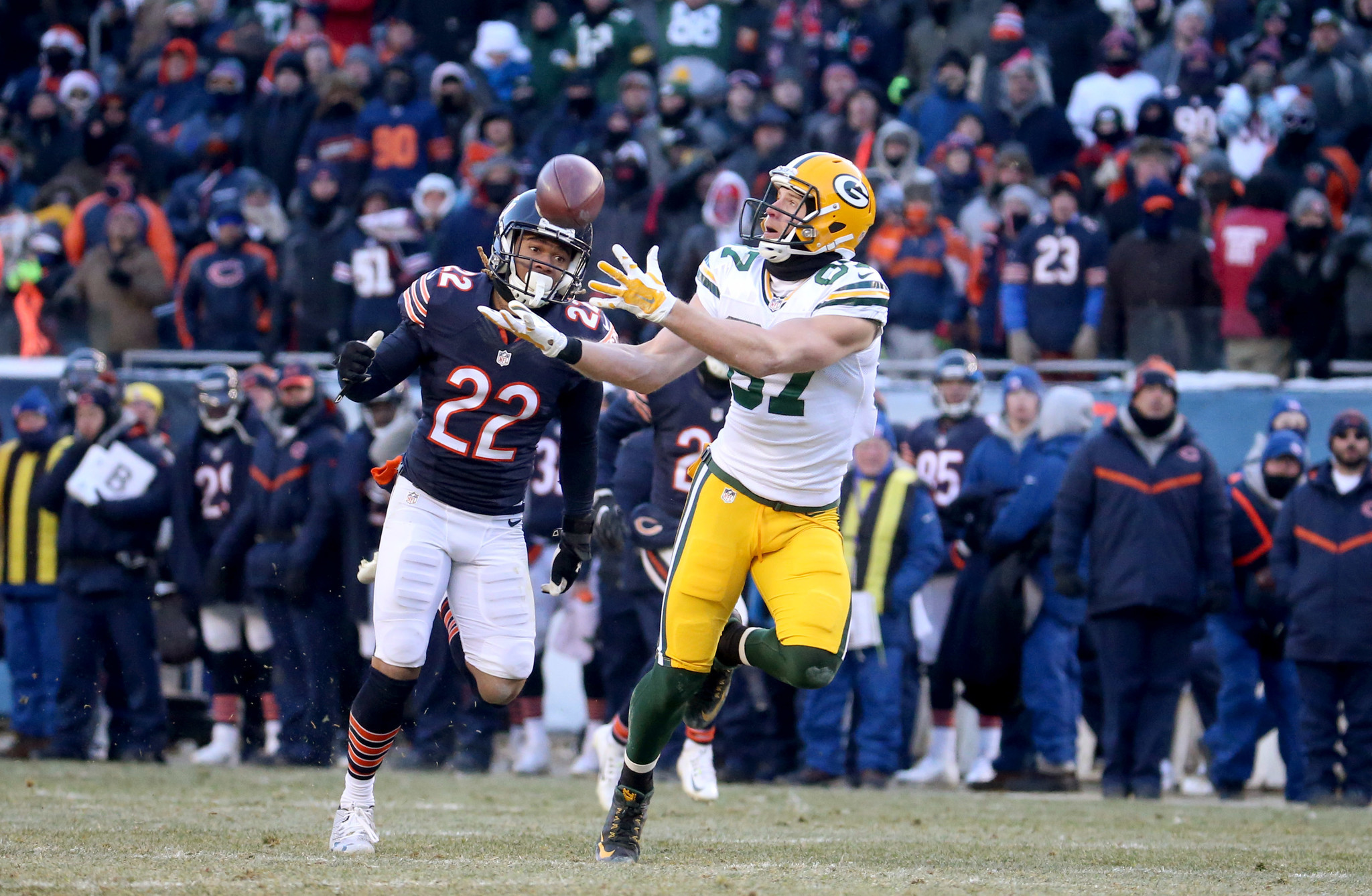 With no timeouts remaining, Rodgers & Co. hurried to the line and spiked the ball with just a few seconds remaining. Crosby came back out on the field and nailed the 32 yarder as time expired, improving the Packers to 8-6 and keeping them alive in the playoff hunt. They will welcome their division rival – the Minnesota Vikings to town, who beat the Packers back in September but laid a giant egg at home last week and will probably lay another one this weekend as they leave the comfort of their 75 degree dome to play outside at the frigid Lambeau Field.

TITANS vs JAGUARS CHARGERS vs BROWNS