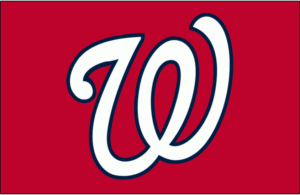 I’m really developing a love affair with this year’s Washington Nationals ball club. They started out the season 19-31 after being swept by the New York Mets. There were calls for (including by me) the firing of skipper Dave Martinez. Since then, this team has gone on to win 93 games and earn their fifth playoff birth in the last eight years. This includes a 4-3 wild card win over the Milwaukee Brewers in which they were down 3-1 going into the bottom of the eighth inning until one of the “youngins”, 20 year old Juan Soto gave the Nats the lead with a three run hit.

The winning pitcher of that game was Steven Strasberg. While being a starter this year (18-6), Manager Martinez decided on a paradigm shift, asking Strasberg if he were willing to pitch relief if necessary. This was a big deal because of his known proclivity with his routine. Stras simply said, “I pitched relief in college.” He ended up being the winning pitcher.

Next up is this year’s major league juggernaut. The Dodgers won 106 games en route to this years matchup. After being shut out 6-0 in game one, the Nats took game two behind six innings of three hit (10 strikeouts), one run ball by Strasburg. Also contributing on the mound is our other starter/reliever Max Scherzer, who struck out the side to snuff out an L.A. rally. After the game, Scherzer provided the quote of the series: “There is no routine in the postseason. There is no routine right now, It’s come to the park ready to compete.”

On the brink of elimination after being rocked in game three (10-4), they bounced back to take game four behind yet another effort of four hit one run ball by Scherzer, aka, The Bulldog.

Excuse me for being old-fashioned, but for me pitching and defense win championships. Going into game 5, we got momentum and our ace (excuse me, our other ace) Strasberg going.

All I can ask for.