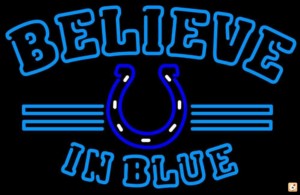 What if your teams franchise QB just suddenly retired two weeks before your season was to start? Bummer right?

Not quite though…The best front office in football was able to (by some unforeseen force in the universe) right the ship, and now with a 4-2 record and division leaders of the AFC South it seems as if the Indianapolis Colts never missed a beat, check it
out…

General Manager Chris Ballard & Head Coach Frank Reich seem to be in the Football Gods grace….At the moment as a Colts fan it seemed all was truly lost for the Colts – With the organization on the come up. 29-year old (at the time of his retirement speech) Andrew Luck Now 30 had carried the Indianapolis Colts for 6 seasons…But Fast forward two months and the boys are 4-2 and one of the hottest team not just in their division (The AFC South) not in the AFC conference but in the league period. It’s a helluva turnaround although not as miraculous as their 2018 season where they started 1-5 and finished the season with a 10-6 record and 2nd in their division only to the Houston Texans…But even with no luck some how they still are legit contenders for not only to win the conference but some analysts are calling them superbowl contenders…This just goes to show what a great front office and coaching staff can do for a franchise in just a few short years, BIG middle finger to those who doubted us.