Road Kill : The O’s road struggles continue, as they are swept in 4 games by the Indians to continue their franchise record losing streak on the road to 19 games in a row. 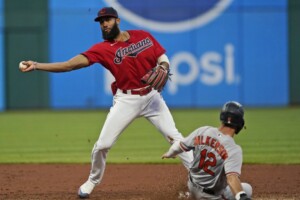 Game 1 : Indians 4, Orioles 3 – Cleveland scores 3 times in the 1st inning against O’s starter Dean Kremer to take the lead & never look back as Jose Ramirez singles home a run, moves to 3rd on a sacfly by Eddie Rosario & scores on a single by Bobby Bradley. The O’s get 2 back in the 4th on RBI groundouts by DJ Stewart & Freddy Galvis to cut the lead to 1 but Ramirez uses a 9-pitch at bat to tack on another run in the 6th w/ an RBI double. Maikel Franco singles home a run in the 7th but the Birds can’t get any closer as ths Cleveland bullpen allows just 1 hit in 5 shutout innings of relief. Baltimore loses for the 16th time in a row on the road. 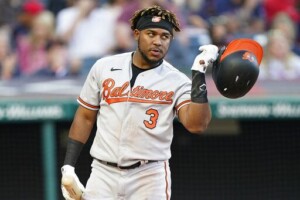 Game 2 : Indians 7, Orioles 2 : The road losing streak extends to 17-games in a row as Matt Harvey is shelled for 6 runs, 5 earned on 6 hits, he walks 2 & strikes out 2 in 3 1/3 innings & loses his career-high 7th start in a row. The O’s strike out 14 times & commit 4 errors, they have committed 6 in the 1st 2 games of this season, as Josh Naylor scores on a throwing error by Cedric Mullins on a single by Rookie Ernie Clement (the first of his career) in the 4th. Clement then scores on a single by Bradley Zimmer & Zimmer scores on a single by Ahmed Rosario that chases Harvey as the Indians score 4 times in the inning. Trey Mancini doubles home Cedric Mullins in the 5th for Baltimore, who extends it’s road losing streak to 17.

Game 3 : Indians 8, Orioles 7 – Aaron Civale becomes the majors first 10 game winner, Jose Ramirez homers & drives in 3 runs as the Indians extend the Orioles road losing streak to 18 games in a row. Ramirez has 2 hits, scores twice & drives in 3 runs as he hits a solo shot in the 1st, singles in the 3rd & scores on a double by Harold Ramirez, who then scores on a double by Eddie Rosario in a 5-run inning. Civale doesn’t have his best outing but still earns the win – he allows 5 runs on 9 hits, he walks 2 & strikes out 2 in 5 innings of work. Trey Mancini has 3 hits & scores 3 runs, Ryan Mountcastle singles home runs in the 1st & 3rd & drills a 2-run shot in the 5th, he has 3 hits & drives in 4 for Baltimore, who lose their 18th consecutive road game, tying them for the 8th longest road losing streak in major league history.

Game 4 : Indians 10, Orioles 3 – Jose Ramirez & Bobby Bradley both homer in a 3-run 1st inning against O’s starter Jorge Lopez as the Indians extend the O’s road losing streak to a franchise high & finish off a 4-game sweep of the O’s. Eddie Rosario hits a solo shot in the 3 & Yu Chang scores on a double by Ernie Clement in the 4th & singles home a run in the 6th & blasts a 2-run shot in the 8th. Chang drives in 4 & scores twice on the afternoon. Austin Hays hits a solo shot in the 2nd & Maikel Franco adds another solo shot in the 4th, Trey Mancini also singles in a run in the 4th for the Orioles in the loss. Baltimore extends it’s road losing streak to 19 games in a row.

The Orioles will now return home to host Toronto & Houston for the next 6 games & there will be no time for pity, this team needs start learning how to win because it doesn’t get any easier the rest of the way.