Breaking Bad : The O’s are swept by the White Sox again, this time in Baltimore & are shut out in the season series, 7-0 by AL Central leading Chicago, who’s winning streak against the Birds dates back to 2019. 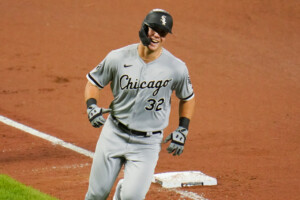 Game 1 : White Sox 12, Orioles 1 – Gavin Sheets homers in his first trip to Baltimore, (the son of former Oriole Larry Sheets) also walks & scores twice in his first visit to Camden Yards. After Ramon Urias hits a solo shot for the O’s in the 2nd, the White Sox unleash 12 unanswered runs against O’s pitching. Tim Anderson scores on a double by Brian Goodwin in the 3rd, a single by Jose Abreu in the 5th, doubles home 2 runs & scores on bases loaded walk to Goodwin in a 4-run 6th, on just 1 hit as Chicago blows the game open. Sheets drills a solo shot in the 7th, sandwiched in between a sacfly from Adam Engel in the 6th & a 3-run blast in the 9th, Engel drives in 4 runs, Abreu drives in 3 & Anderson has 3 hits to extend his hitting streak to 8 games & scores 3 times for the White Sox, who have now won 8 of their last 11 heading into the All-Star Break. Dallas Keuchel allows 1 run on 7 hits in 7 innings, he strikes out 3 & walks 1 – he is 4-0 in his last 7 starts against the Orioles. 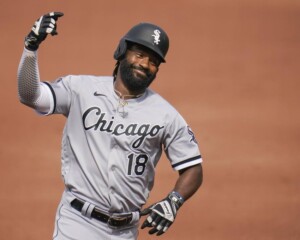 Game 2 : White Sox 8, Orioles 3 – Brian Goodwin ties a career high w/ 4 hits, including a homer & drives in 3 as the White Sox beat the O’s again. Goodwin hits a solo blast in the 2nd & Yoan Moncanda doubles home 2 in the 3rd as the Sox add more against O’s starter Thomas Eshelman, who goes just 2 innings, allowing 4 runs on 4 hits, he walks 3 & strikes out 1 – he has not completed 5 innings in any of his starts this season. Chicago has outscored the O’s 38-11 in 6 games played – Lucas Giolito strikes out 9 in 5+ innings, as he beats the O’s for the 2nd time this season, allowing 2 runs on 6 hits & walks 2. Goodwin singles home a run & Leury Garcia doubles home a run in the 5th before Goodwin singles home another in the 7th & scores on another RBI double by Garcia as the Sox break it open. Domingo Leyba singles home runs in the 1st & 8th innings for Baltimore, who has lost 3 in a row & is 1-6 in July. 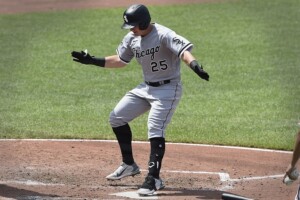 Game 3 : White Sox 7, Orioles 5 (10 innings) – Adam Engel hits 3-run bomb in the 10th as the White Sox head into the All-Star Break red hot & cap off a season sweep of the O’s, the first time in Franchise history that Chicago has swept a season series of atleast 7 games against any team. Austin Hays drills a 2-run shot in the 1st to put the O’s ahead but Andrew Vaughn homers twice for the White Sox, hitting a solo shot in the 4th & a 3-run blast in the 6th before Trey Mancini hits a 2-out, 2-run game-tying homer in the 9th to send it to extras. Engel puts the Birds away for good on his 3-run bomb on the 10th that deflates the O’s & gives the White Sox the sweep. Chicago has now won 5 in a row & 10 of 13 overall, they lead the AL Central by 8 games over Cleveland. Baltimore is now 1-7 & July, they have lost 8 games in a row to Chicago for the first time since 1989-90, the White Sox also get their first sweep @ Camden Yards since 2005.

The Orioles end a rough 1st half of the season against a brutal schedule as they will look to kick start the 2nd half on a high note. They have the worst record in the American League but will look ahead to a future that is very bright.