Finally Finished : The Orioles finally put an end to a merciful marathon of a season as they are swept away by the Blue Jays in Toronto but ironically the Jays are also eliminated from Playoff contention as they fall 1 game short of the final AL Wild Card spot after wins by the Red Sox & Yankees. 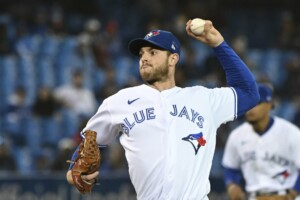 Game 1 : Blue Jays 6, Orioles 2 – Steven Matz pitches 7 strong innings to win his 5th straight decision & the Blue Jays continue to hang around in the AL Wild Card race w/ a win over the Orioles. Danny Jansen hits a 2-run blast in the 3rd & Corey Dickerson adds a solo shot before Jansen doubles home another & scores on a single by Cavan Biggio, who scores on a single by George Springer (the 5th straight 2-out hit) in a 4-run Toronto 6th & his 500th career RBI. Toronto leads the majors w/ 253 home runs, 4 short of their team record, set in 2010. Matz allows 2 runs on 6 hits, strikes out 5 & walks 1 in 7 innings, his longest outing of the season. Kelvin Gutierrez leads off the 8th w/ solo homer & the O’s would score 3 more times in the inning as Pat Valaika hits a 2-run blast & Trey Mancini adds a 2-run single as the O’s cut into the lead. Toronto hangs on to remain alive in the AL Wild Card race. Baltimore has lost 18 of their last 22 away from home. 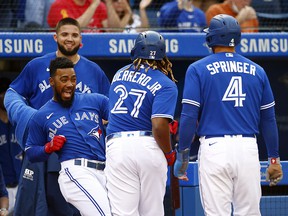 Game 2 : Blue Jays 10, Orioles 1 – The Blue Jays pound the O’s in the 2nd to last game of the regular season to push their pursuit of an AL Wild Card spot. Vladimir Guerrero Jr. hits a 2-run bomb & Teoscar Hernandez launches a solo blast in a 3-run 1st inning against O’s starter, John Means, who struggles all day long. He gives up 7 runs, 6 earned in just 3 innings of work, he strikes out just 2 & walks none. George Springer drills a 3-run blast in the 2nd – he has 4 hits & scores twice & Santiago Espinal doubles home another run to knock Means out of the game in the 3rd – he has 3 hits, Bo Bichette hits a solo shot & Danny Jansen adds a 2-run shot in a 3-run 5th to break the game wide open. Jays starter, Alek Manoah goes 7 innings, allowing just 1 run on 1 hit, he strikes out 10 & walks 1, he retires the final 12 batters he faces.
Toronto is 2-0 in October after going 20-9 in September. Baltimore has allowed a league best 254 long balls this season & has lost 19 of their last 23 on the road, they also finish the season losers on 10 of Means last 11 starts. 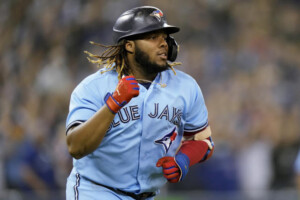 Game 3 : Blue Jays 12, Orioles 4 : The Blue Jays homer 3 more times & Hyun-Jin Ryu tosses 5 innings to win for the 1st time since September 6th as the Jays win but watch their Playoff hopes get dashed after wins by the Yankees & Red Sox. George Springer homers twice including a solo shot to lead off the 1st, followed by RBI singles from Teoscar Hernandez & Santiago Espinal in a 3-run 1st inning for the Jays. Vladimir Guerrero Jr. launches a 2-run bomb in the 2nd to increase the lead.
Orioles Rookie Tyler Nevin hits a solo shot in the 3rd for his 1st career HR to get the O’s on the board in the 3rd but Springer hits a Grand Slam in the bottom of the 3rd to blow the game wide open. Hernandez adds an RBI single in the 4th & Marcus Semien launches a solo shot in the 5th, the 3rd Toronto homer of the day to cap the scoring. Pedro Severino adds a sacfly in the 7th & Austin Hays drives home 2 on another w/ an RBI single in the 8th. Toronto finishes 25-11 @ home but also watches on the jumbotron as their season was ended. Baltimore loses 20 of their last 24 on the road to end the season.

The Orioles finish a rough season w/ 110 losses but they also did a lot of growing in the process. Some very good things happened & there are definitely some bright spots moving forward. The influx of youth has just begun & this team will start to improve year by year. It was another fun season, regardless of the outcome or record. See you next year!……
⚾️⚾️⚾️
GO O’S!!
#ThanxForTheMemories