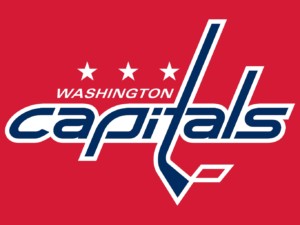 I have had a love affair with hockey ever since high school. I was playing floor hockey when I hip checked a guy (of course I was a defenseman) into the seats. It was something that I saw when I watched games on TV. After I did it, I was waiting for the whistle, knowing that I had committed a penalty.

There was no whistle. It was a legal play. I’ve been in love ever since. It doesn’t hurt that it’s the one sport that the officials allow you to fight during the game to settle any differences that you may have.

My feelings for the sport were only amplified when my home team, The Capitals were founded in 1974. A team to call my own. While the Bullets and the Washington franchise were my main squeezes, the Caps were the girl that I always liked when I was growing up.

As things turn out, we go against the Penguins in second round of this year’s playoffs. To give you an ideal of the intensity level, we like the Penguins just as much as the Ravens like the Steelers. That has only been enhanced by the recent history between the teams in the playoffs. The last four times the teams these teams have met, not only have the Penguins beat the Caps, they went on to win the Stanley Cup.

The latest chapter between the two teams started Thursday night. If Cap fans can’t stand the Penguins in general, they really can’t stand their superstar Sidney Crosby. He staked the Pens to a 2-0 lead scoring his career 52nd and 53rd playoff goals in 53 seconds. Although our superstar Alex Ovechkin scored his 45th playoff tally of his own, it wasn’t enough as Pittsburgh took game one 3-2.

This is usually the time where I would complain about how the Caps get seem to get beat by these guys in the playoffs and start to let down. But after watching game one, I see a different Caps team. This team played hard the entire game and had no quit in them. Take away the two goals that Crosby scored and the Caps might be up 1-0.

But man, those Penguins are good. After all, they are the defending champs. But this year’s Caps do not want you to cry them a river. That’s because there is no crying in hockey.

One of my newer websites that I’ve checking out is from the League Ambassadors (www.leagueam.com). The guys are what I call the “new jacks” of the sports paradigm. They educate, debate and juggle the various sports topics of the day. You can holla at them through any of today’s social mediums. On one of their recent shows, they brought up a topic that was intriguing: Mike or Kareem?

This can be a decent debate. Their careers actually did intertwine for five years (84-89). By the time Jordan got to the league, Jabbar had won his six league titles. Jordan took over (sort of) to start his own six year title run.

In the case of these two, timing was truly everything. When Jabbar entered the league, he basically did the same thing that he did both in high school and college: have a impact. He became a top three star (in scoring and rebounding) and after future Hall – of – Famer Oscar Robinson came over, he won the first of his championships. He easily could have been the face of a still fledging league that was still trying to get it’s sea legs.

With Jordan, it was a case of spontaneous combustion. He entered the league at a time when the league was creating it’s identity (led by the Godfather of the league –David Stern). With the help of his swag (which wasn’t really a popular word at the time but you get it) and his boy at the time Charles Barkley, they took the league to an entirely different level in terms of popularity and well, commercialism.

I can see why some would make a case for Jordan. He helped bring the bright lights to the league as well as make it the popular game that it still is. Now, while I won’t make the connection that Jabbar was the Mike before Mike (in part because he didn’t want to be), you can not deny his career achievements as well as his consistency. He was still averaging 23 points a game at age 38. While you have organizations like ESPN having him the greatest player in league history (ahead of Jordan), for me I still like Mike.

I still remember a dream I had when I was getting ready to play my dream pickup game with the greatest players in NBA history and I had first pick. It wasn’t any doubt who my first pick was.

Kendrick Lamar wrote “When the sun fall out the sky, All I have is me in the land of do or die. A freeway, a gas pedal, and a peace of mind…Now, that’s the ultimate high.”

The high points of life can Humble you or Harm you. This case holds true for Dayna Mitchell’s Son. He walked the halls of Long Beach Jordan High School, went up the road to the State of Washington and now in a matter a weeks, he will hear his name called at The 2017 NFL Draft.

John Ross III is a BEAST and a product of my home, Compton California.

His stats tell it all…. 5″10….188….ran a 4.22 second 40-yard dash, breaking the previous record of 4.24 seconds held by Rondel Menendez and Chris Johnson and still makes time for his family and friends. He has been compared to the likes of another Compton product, Desean Jackson and when asked if he could race anybody in history, he declared it would be Deion Sanders.

I know that on April 27th , John’s name will be called. At that moment all of his hard work and humility of spirit will be paid off.

She is… The Football Diva 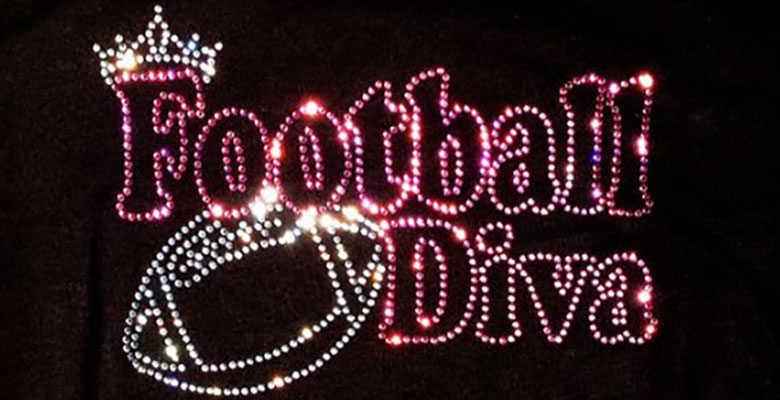 There is something to be said for a Woman who has an appreciation for Sports… Although it is rare, she is valued in a regard that some would say is bigger than any other item a man is looking for in his dream girl.

My sports love affair came at the tender age of 2. My dad and his buddies would get together on Sundays with Beers, Burgers and the Boob Tube as some would refer as the TV.  During this time, I was in the midst of Potty Training and nothing is worse for a Football Fan than to miss a big play for a bathroom break, especially for your 2 year old daughter. So through innovation and the Dad Handbook,  he placed my potty seat in front of the television and from there I was hooked.

With a Onesie on, Juice Cup in hand, Pig tails up top and lungs that screamed through Gardena, I became a Football Fan.

From that tender age until now, The countdown to a Football Sunday is always on my mind. Even today with less than a month from Draft Day, I live, breathe and worship the game.

The game of Football has the natural power to bring forth comradery that in today’s times is needed more than anything… And although like Ambassador Ken I have no team, my love for the game is tried and true.

I am the Football Diva.